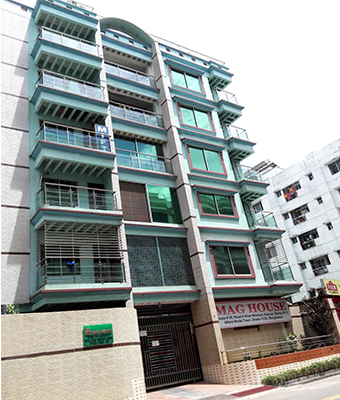 During this tenure, he played a very vital role in the development of textile sector of Bangladesh primarily by helping new entrepreneurs to set up export oriented woven, knit and sweater industries. He encouraged many people to bring some technological changes in their industries by importing modern technology and helped them to prepare the project profile and get assistance from the government. During the late seventies and early eighties, he took the challenging role in introducing various new technologies, accompanied many entrepreneurs to visit different countries, and guided them to set up new industries with new ideas which resulted the present success stories of the Readymade Garment Sector of Bangladesh. Seeing the result of his all-out effort, he later decided to retire from the government and help the people to set up more textile and garment manufacturing industries in Bangladesh by providing them with advanced ideas and technologies along with complete industry profile so that they can smoothly move forward and get their success. Many of the then factories were established with his necessary guidance and technical cooperation. During the mid-eighties, Mr. Ghani set up his own trading business under which he started importing various modern textile machineries suitable for Bangladeshi manufacturers to make profit with limited investment. More or less thousand garment and textile factories have received direct or indirect help from him in setting up new factories or upgrade their old factories with a range of textile machineries (knit and oven) and chemicals. He later became the sole importer of power loom, twisting machine from Korea & Japan, Socks machine from India, Stretch Nylon Yarn and Spun polyester yarn Finishing Twin from Taiwan and knit fabrics from India.